As a Puerto Rican living on the mainland, I find myself waking up every morning wondering what new struggle, challenge, or life-altering change I am going to read about today concerning Puerto Rico. I wonder if my family, friends, or acquaintances will receive another tragic call from Puerto Rico regarding someone else passing away, someone else being hospitalized, someone else being hurt, etc. This is life after Hurricane Maria.

I ask myself, “Will we read another devastating story due to the lack of true help reaching our people? Will the people be cornered into another difficult situation? Will the people be charged for another service they cannot afford? Will they continue to be put under constant pressure until they eventually abandon the island altogether? Will this be history replaying itself all over again for Puerto Ricans?”

Daily, I struggle with the thought, “What will happen if the island is forgotten?” Will people just leave Puerto Rico to its own demise, especially as the news coverage quickly fades and is replaced by other stories that overshadow the Puerto Rican suffering?

These thoughts race through my mind, and as I pick up a book I am reading entitled, War Against All Puerto Ricans by Nelson Denis, I am reminded that this is all too familiar. Page after page, I see history replaying itself, while we face the repercussions of a category 5 hurricane; when islanders are in the most vulnerable state they have been, they are being denied basic human rights. 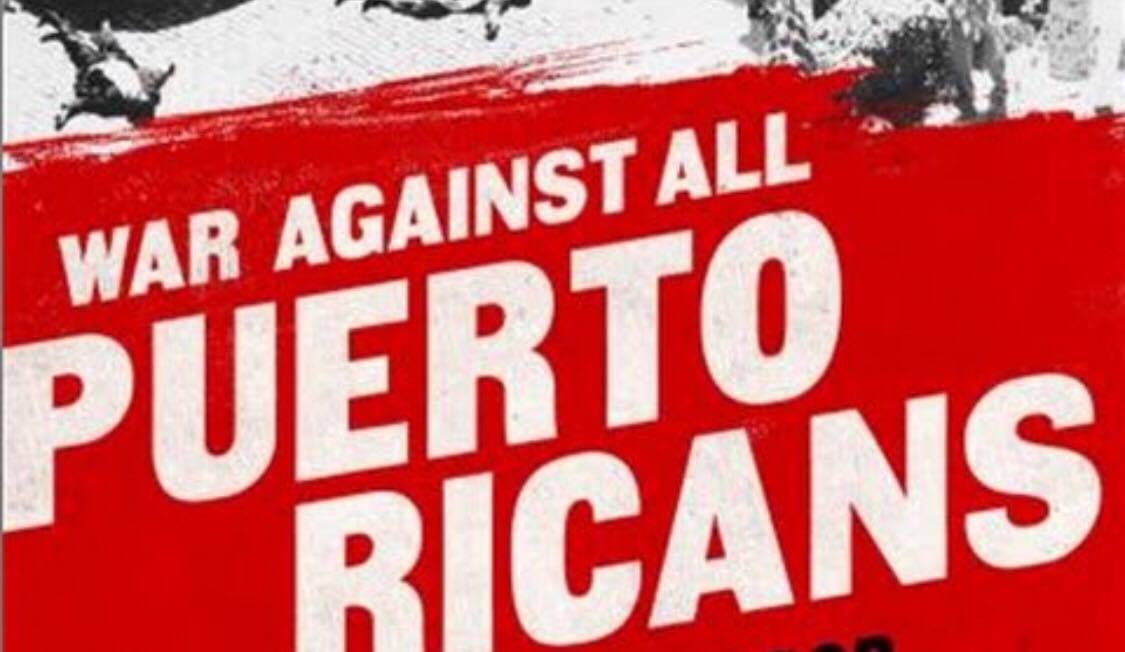 This is a reminder of the sinister acts perpetrated against the Puerto Rican people throughout history by its colonizers, beginning with the Spanish, and now the US. After the US annexed Puerto Rico in 1898, a little over a hundred years ago, the island’s locals were subjected to all sorts of exploitation and experimentation up until this very day. In War Against All Puerto Ricans, Denis outlines some of the atrocities committed throughout history against Boricuas, the people of what was once known as Boriken, the land of the valiant and noble Lord:

1. The torture that took place in “la princesa” a prison used to “break men and women, to kill their spirits, to grind them into drones, then animals, then feces and ash.” People like Pedro Albizu Campos who was nicknamed “El Rey de las toallas (The king of the towels)” by the guards due to wrapping his head with wet towels were imprisoned and tortured there. 2. The plague which killed the Taínos but spared the Spaniards.

3. The cry of Lares in 1868 which called for “libertad o muerte; vive Puerto Rico libre (Liberty or death; long live Puerto Rico the free)” which was soon followed by their massacre.

4. The blasts of cannons on May 12, 1898, as the new colonizer arrived due to the Spanish-American War, which was declared by the United States on April 25, 1898. They brought with them their flag and as senator Henry Cabot Lodge wrote to President Theodore Roosevelt, “We mean to have it (Puerto Rico),” and as the new journal of commerce declared, “We must have Puerto Rico, because when a territory of that nature falls into our hands, it must NEVER be parted with.”

5. The press release of the US government on July 21, 1898: “Once taken (referring to Puerto Rico) it will never be released. It will pass forever into the hands of the United States… Its possession will go towards making up the heavy expense of war to the United States. Our flag, once run up there, will float over the Island permanently.”

6. “In 1909, the commissioner decreed that speaking Spanish (in Puerto Rico) was forbidden in all public schools and that everyone – both teachers and students – could be disciplined for violating this rule.” This continued until the students revolted after receiving continuous bad grades and the Spanish language was reestablished in schools in 1915.

7. Hurricane San Ciriaco destroyed thousands of farms in 1898 and nearly all the coffee bean crop of that year. Soon after, “the United States sent no money as relief. The following year the Puerto Rican currency was outlawed while lowering the value of their money and every Puerto Rican losing over 40% of their savings overnight.”

8. “In 1901, a colonial land tax known as the Hollander Bill forced many small farmers to mortgage their lands with US banks. But with no laws restricting usury, interest rates were so high that within a decade, the farmers defaulted on their loans, and the banks foreclosed. These banks then turned a diversified island harvest – coffee, tobacco, sugar, pineapple, and other fruits – into a one-crop cash cow. That crop was sugar.” From that, Domino Sugar was born, making Charles Herbert Allen the King of Sugar.

9. “The sterilization of more than 20,000 women in Barceloneta without their consent or knowledge which stemmed from a growing concern in the United States known as ‘inferior races’ and the declining ‘purity’ of Anglo Saxon blood lines.

10. The statement of Dr. Cornelius Rhoads in 1931 as he wrote a note to his friend Fred Stewart, “I can get a fine damn job here (meaning in Puerto Rico) and I am tempted to take it. It would be ideal except for the Puerto Ricans – they are beyond doubt the dirtiest, laziest, most degenerate and thievish race of men ever to inhabit this sphere. It makes you sick to inhabit the same island with them. What the island needs is not public health work, but a tidal wave or something to totally EXTERMINATE the entire population. It might be livable then. I have done my best to further the process of extermination by killing off eight and transplanting cancer into several more.”

Reading through some of this savage history, in which Puerto Ricans were inflicted with some of the most despicable violations; difficulties from disease to famine, the stealing of land through unjust policy, the imprisonment and torture of many inhabitants, the lack of relief during natural disasters and the devaluation of currency after a major storm, the mass sterilization of women, the intentional spread of cancer and other diseases among patients, and the deliberate extermination of a race of people due to racism and discrimination, I wonder, if this is merely history repeating itself, or if it is a perpetuation of what was has already been occurring for generations?

Could it be that we have new devils dressed in new policies who are now trying to corner Puerto Ricans after another devastating storm, thereby implementing the old strategy of ethnic cleansing, claiming lands by force through unfair political policies and demoralizing its beautiful people?

For Puerto Ricans on the mainland, this is only part of the emotional burden we struggle with daily. When we face the challenges of today and read about our dark past, it only serves to reignite the mental and verbal chanting of our predecessors, “Que viva Puerto Rico libre.”