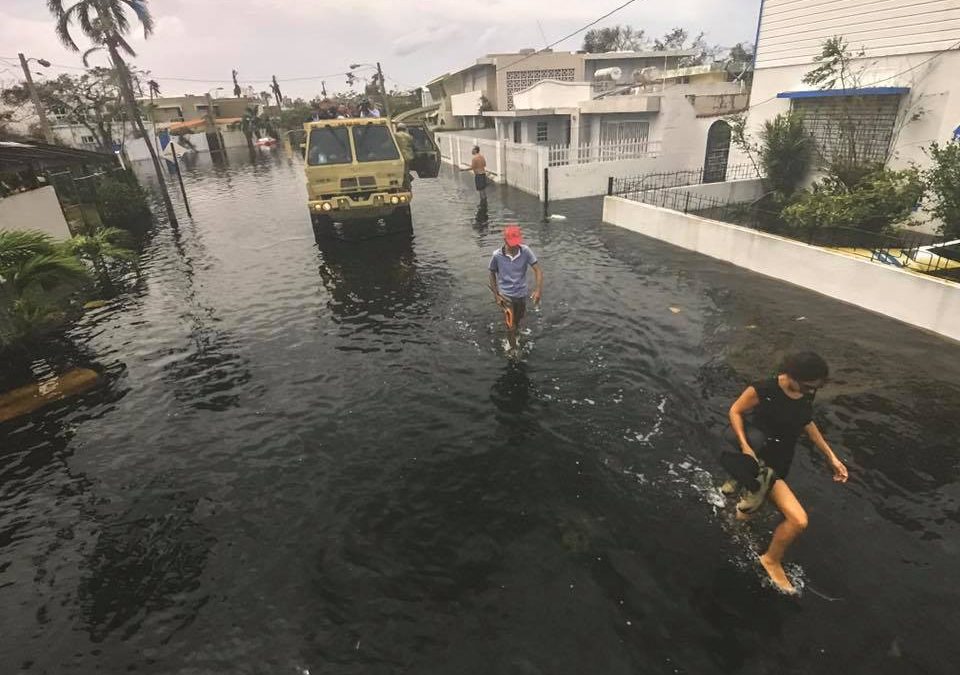 The eye of Hurricane Irma passes over the north of San Juan, Puerto Rico with heavy rain and 100-mile-per-hour wind gusts. 4 people are killed, 2/3 of Islanders are left without electricity, and 34 percent of the population lose access to clean water.

Hurricane Maria makes landfall just south of Yabucoa Harbor in Puerto Rico at 6:15 a.m. with maximum sustained winds of 155 miles per hour and some areas receiving 30 inches of rain in one day. The storm knocks out power to the entire island. Much of the island’s population cannot access clean water. Some towns see 80 to 90 percent of their structures destroyed.

President Trump issues a state of emergency for Puerto Rico. Catastrophic flooding in the territory’s mountainous interior. Informal estimates put the storm’s death toll on the island at 10. (Currently the official death toll is at 55, and a CNN News study released on 9/20 puts it at 499)

1 in 10 Puerto Ricans still lack potable water. About 4 out of 5 people in the island do not have electricity. Telecommunications is still operating at about 75 percent capacity and cellphone service at 65 percent. (nbcnews.com)