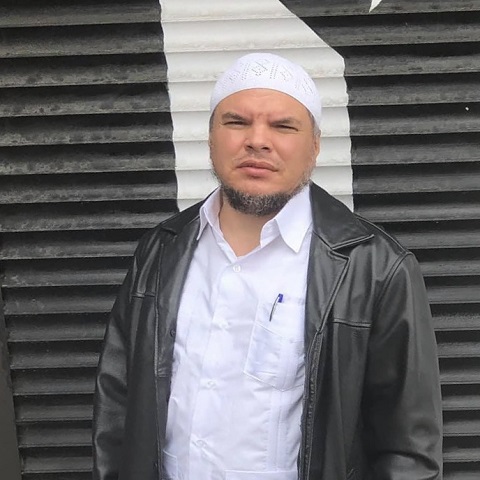 Rios, from Cleveland, Ohio, has been Muslim for about 20 years. He holds a BA in Philosophy and Sociology and is completing his MA in Islamic Sciences at the Islamic University of Minnesota. He is the director of Shaukani Institute for Islamic Education and Leadership Development, and is also involved in social service projects, as well as chaplaincy work with incarcerated youth and university students.

His current focus is on the Three Puerto Rican Imams Project for Relief in Puerto Rico and he has traveled to Puerto Rico twice since Hurricane María. During his first visit, he partnered with ICNA Relief to assess the damages in the most devastated areas of the island and coordinate future relief efforts. The following is an interview with Imam Rios regarding his observations about the situation in Puerto Rico.

(Note: The following interview was conducted shortly after Hurricane María devastated Puerto Rico and Muslim organizations were mobilizing and planning relief efforts. However, now, more than seven months after this tragedy, the people of Puerto Rico are still struggling to rebuild.)

Q. Were you born in Puerto Rico? How often do you visit or have you visited?

A. I was not born in Puerto Rico but have visited for months at a time throughout the years and have maintained close ties to my relatives on the island. I have many relatives living on the Island from my father’s side and mother’s side. Anasco, Yabucoa, Humacao

I visited the Island to perform an assessment of the impact of Hurricane Maria, distribute aid and check on relatives and connect others with their relatives. *

(* After that initial visit, Rios has returned several times to distribute aid.) 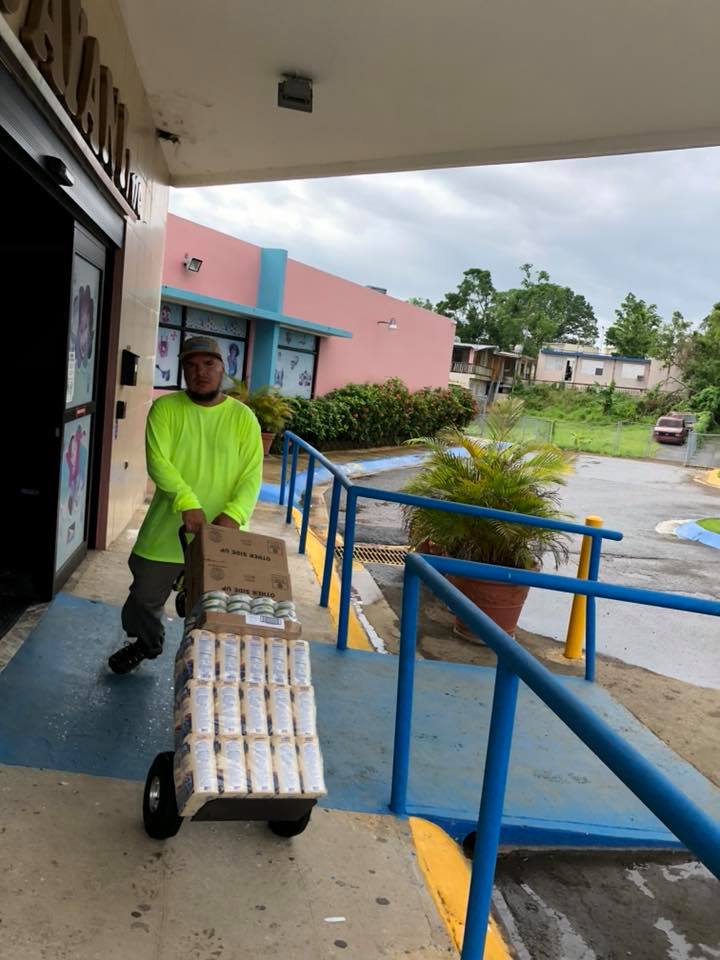 Q. As a Puerto Rican Muslim, there is a certain level of emotional connection to what is happening on the island right now, how has the recent hurricanes affected you on a personal level?

This hurricane (María) has created a sense of responsibility in me so that the anxiety over the wellbeing of my relatives and others is being channeled into working to alleviate the conditions of hardship that many are experiencing.

Q. How did the hurricanes affect your family directly?

The Hurricane severed lines of contact with my family. It took nearly a week before hearing from them. I experienced a deep sense of anxiety and helplessness. (Initially) I was able to go to the Island and make physical contact with some members, but not all my relatives. Regarding what is going on in Puerto Rico, the matter is tragic. The real conditions on the ground are becoming clearer as the days go on.

Q. Can you tell us more about the 3 Puerto Rican Imams Project?

The 3 Puerto Rican Imams Initiative is a unique effort in that it is collaborative and works with various orgs to coordinate services while maintaining a level of independence and immediate response. The initiative began to help alleviate the conditions that have emerged in Puerto Rico due to the hurricane.

Q. What makes the 3 Puerto Rican Imams Project so unique? How will you achieve your goals?

The initiative has been very successful in bringing people together, educating the community and organizing resources as well as being on the ground on the island and coordinating services and bringing people together. What we hope to achieve with this project is to support the Puerto Rican community as much as we can and ease the hardship which many suffer. We also hope to solidify the bonds between people and show faith in action. This is a long term dawah project that started some time ago when the Imams visited the island to assess the dawah needs of the community. The hurricane forced the imams to respond in a relief manner, but the project was in the works some time ago and that is to work to build the community and support the dawah.

Q. What would you like Muslims in the mainland to know about the situation in Puerto Rico?

What we would like people to understand is that there are a good number of Puerto Rican Muslims that inhabit the island. So the community of Muslims in Puerto Rico is not just a migrant community that settled and rooted itself in Puerto Rico; it is composed of indigenous Muslims and Immigrant Muslims. In fact, Islam stretches back hundreds of years in the Caribbean and its history is tied back to West Africa and Andalusia. What is a concern and a point that needs to be communicated is that Puerto Rico is in serious trouble on several levels. The problem in Puerto Rico needs long term solutions and immediate response to deal with the immediate need. The long-term needs go back to systemic issues in economy and politics. In any case, people are suffering and dying and in need of immediate aid, especially the elderly and the chronically ill.

Q. How can the Muslim community get involved to help the people of Puerto Rico?

Muslims can support the 3 Puerto Rican Imams project because it is being headed by Muslims with a direct tie into the community and operates as a good means of illustrating that Islam and service to the community are not contradictory. The impact comes when people on the Island see Puerto Rican Muslims, and Muslims in general, taking a hands-on approach and show immense concern for the wellbeing of the community, regardless of religion.

Q. What else would you like people to know about the 3 Puerto Rican Imams Project?

The project overall is a model for how converts can be supported to serve the dawah. Oftentimes, there is a gap between converts and their communities of origin and this leaves a gap in relationships. In other words, it separates the people from being exposed to Islam directly. Supporting converts and projects like this allows people to be exposed to Islam and provides converts the means to serve their community of origin, thereby strengthening the dawah, solidifying family ties, and building friendships.